On September 11, 2019, a huge Confederate Battle Flag was raised about 50 feet into the air.

The flag can be seen as soon as you enter Pittsboro NC from the east side of town from Highway 64: 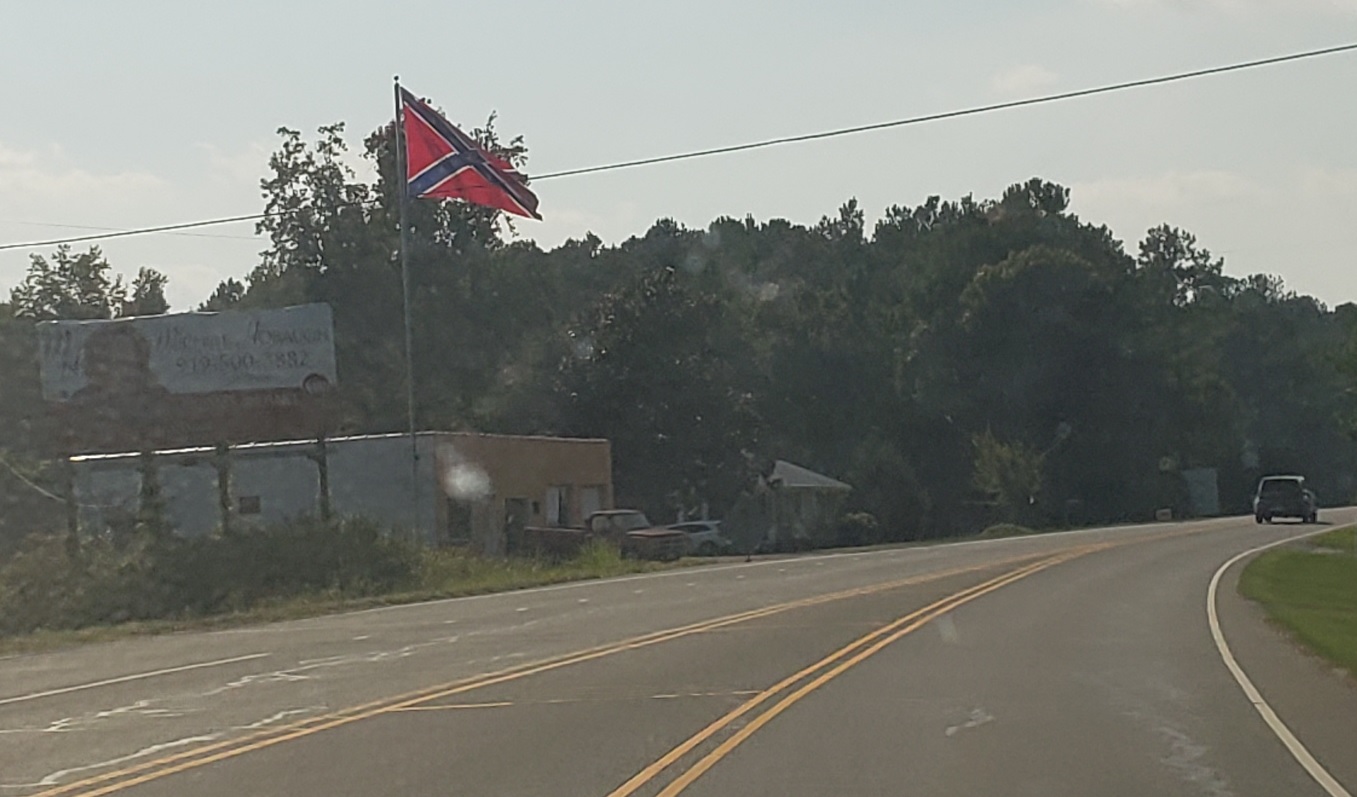 (Feel free to use this image for any purpose, please just link to this article when doing so.)

On Monday, August 19, The Chatham, NC County Board of Commissioners voted 4-1 to force the removal of the Confederate monument which has stood at the historic courthouse in Pittsboro since the UDC erected in 1907 as a memorial to the county’s Confederate dead. The vote was 4-1 to attempt to remove it, in violation of state law, and against the wishes of the majority of citizens of the county and the hundreds who attended the meeting and spoke in opposition.

The website states that the flag is 10’x15′ and is the first of several planned sites for additional flags.

In Danville, Virginia, the group has put up what may be the largest Confederate Flag in the world:

Members of the VA SCV Mechanized Calvary and Virginia Flaggers replaced an old one off Hwy 29 with a 51 x 31 one. pic.twitter.com/24jjr67OqJ

A “monument rally” is scheduled to take place on Friday, September 14, 2019 at the courthouse.

A large public hearing on the Confederate monument took place in April 2019: